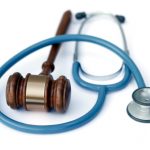 During Fiscal Year (FY) 2016, the Federal Government won or negotiated over $2.5 billion in health care fraud judgments and settlements. As a result of these efforts, as well as those of preceding years, they recovered over $3.3 billion.

FBI investigative efforts resulted in over 555 operational disruptions of criminal fraud organizations and the dismantlement of the criminal hierarchy of more than 128 health care criminal enterprises.

In FY 2016, investigations conducted by HHS’ Office of Inspector General (HHS-OIG) resulted in 765 criminal actions against individuals or entities that engaged in crimes related to Medicare and Medicaid, and 690 civil actions, which include false claims and unjust-enrichment lawsuits filed in federal district court, civil monetary penalties (CMP) settlements, and administrative recoveries related to provider self-disclosure matters.

New Exclusion Authority and Penalties:
On Dec. 6, 2016, the OIG issued rules that incorporate new civil monetary policies (CMP) authorities, clarify existing authorities, and reorganize regulations regarding CMPs. The final rule also implements provisions of the PPACA of 2010 that authorize CMPs for the following;
*Failure to grant the OIG timely access to records.
*Ordering or prescribing while excluded.
*Making false statements, omissions, or misrepresentations in an             enrollment application.
*Failure to report and return over-payments.
*Making or using a false record or statement material to a false or   fraudulent claim.

In addition, under both the Federal Civil Penalties Inflation Act and the 21st Century Cures Act, Congress adjusted certain civil fines and penalties for inflation and increased the OIG’s authority to issue exclusions for the following:
• Expand CMP for false claims related to contracts and grants funded by Medicare and Medicaid or other HHS programs.
• Authorize the OIG to impose CMP on individuals or entities that knowingly submit false claims, up to $10,000 for each claim.
• Expansion would include false statements on applications or proposals for HHS-funded grants/contracts, up to $50,000 for each false statement.
• $15,000 for each day the entity fails to allow OIG access to audit or investigate false claims.
• Filled in a gap to expand OIG authority to allow the imposition of exclusion of an officer or managing employee who left the organization prior to the pursuit of fraud that such person was involved in, even if they are not currently employed by the prior company.

Fraud and/or abuse differ only in the “intent” of the person committing the offense.  Most “abuse” cases are pursued as civil actions while actual “fraud” with intent are criminal.  In other words, fraud can send you to the “big house” while stupidity just sends you to the “poor house”.