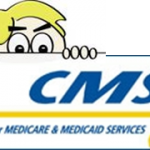 Modifier “59” “Distinct Procedural Service” is probably one of our most widely used and most frequently abused coding modifiers.

NCCI edits are in place to prevent unbundling of services where one code is considered to be a subset of the work of another code billed on the same claim.  This sets the column 1/ column 2 scenario of the NCCI where edits define when two codes should not be reported together and also assigns a “Correct Coding Modifier Indicator” (CCMI) for exceptions.

A CCMI of “0” indicates that the codes never be reported together by the same provider for the same beneficiary on the same date of service.  They are considered mutually exclusive and therefore the column 1 code would be eligible for payment but the column 2 code is not.

A CCMI of “1” however indicates that the codes “may be reported together” only when the defined circumstances are such that what would be normally considered an overlapping service was actually separate and distinct and independent of the other services performed.

Most carriers increase scrutiny of the modifier in “manual reviews” since the use of the modifier will typically bypass the automated “front end” edits by the claims processing software.  The modifier has long been identified as one of considerable abuse and since it is “very broad” in its application, manual reviews of its use frequently result in denials and even allegations against the provider of fraud and abuse.

CMS has established four new HCPCS modifiers (referred to collectively as -X{EPSU} modifiers) to identify specific circumstances as subset replacements of the -59 modifier.

XS Separate Structure, A Service That Is Distinct Because It Was Performed On A Separate Organ or Structure,

One of the common uses of modifier 59 is for surgical procedures, non-surgical therapeutic procedures, or diagnostic procedures that are performed at different anatomic sites, are not ordinarily performed or encountered on the same day, and that cannot be described by one of the more specific anatomic NCCI-associated modifiers – i.e., RT, LT, E1-E4, FA, F1-F9, TA, T1-T9, LC, LD, RC, LM, or RI.

XP Separate Practitioner, A Service That Is Distinct Because It Was Performed By A Different Practitioner

XU Unusual Non-Overlapping Service, A Service That Is Distinct Because It Does Not Overlap Usual Components of The Main Service.

CMS originally set an “effective date” of January 1, 2015 however they have also declared that the modifiers are valid even before national edits are in place.

MACs are not prohibited from requiring the use of selective modifiers in lieu of the general -59 modifier, when necessitated by local program integrity and compliance needs.  In short, that means that while CMS will continue to recognize the -59 modifier in many instances, the MAC may selectively require a more specific – X{EPSU} modifier for billing certain codes at high risk for incorrect billing.  Check your MAC’s policies frequently.

You should also check your major medical carriers for changes to the more descriptive modifiers.  United Health care published in their network bulletin in January, 2015 that they were following the CMS lead and would accept either but NOT BOTH on the same line item.

In the CMS release they stated: “The combination of alternative specific modifiers with a general less specific modifier creates additional discrimination in both reporting and editing. As a default, at this time CMS will initially accept either a -59 modifier or a more selective – X{EPSU} modifier as correct coding, although the rapid migration of providers to the more selective modifiers is encouraged.”

If the carrier accepts the new subsets, you may find them beneficial on your multiple injections or to establish that a therapy such as 97140 was administered to a separate anatomical region.

You should use one or the other.  You should NOT report both the 59 and one of the X* modifiers on the same line item.

The  CR (CR8863) to the Carriers is available at http://www.cms.gov/Regulations-and-Guidance/Guidance/Transmittals/Downloads/R1422OTN.pdf